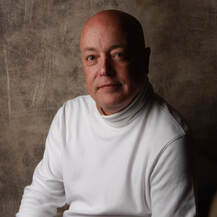 STEVE JIMENEZ
Vice President
Santa Fe, NM
Steve Jimenez is an award-winning writer, journalist, and television producer. His awards include the Writers Guild of America Award, an Emmy, the Mongerson Award of Distinction for Investigative Reporting (Northwestern University Medill School of Journalism), a Norman Mailer Fellowship, a Pennsylvania Council on the Arts Fellowship, a Writers Guild of America Fellowship, and awards from Vietnam Veterans of America and the Wyoming Historical Society. He has written, produced, and/or directed programs for ABC, PBS, Fox, Dan Rather Reports, National Geographic Explorer, Court TV, and others. A new edition of his true crime bestseller, The Book of Matt, will be published in 2020, with an introduction by Andrew Sullivan. Steve has taught screenwriting at New York University’s Tisch School of the Arts and Emerson College, and he was a guest professor at UCLA. He is graduate of Georgetown University’s School of Foreign Service and later attended the graduate program in film directing at Columbia University. Steve is especially proud to be a four-time Ucross resident. His first residency was in 1989.

BACK TO THE BOARD