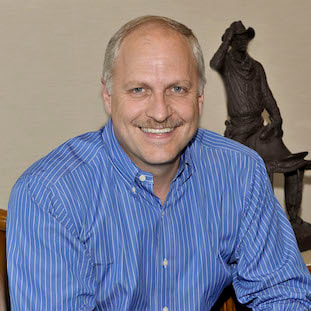 GREG HILL
Wilson, WY, and Houston, TX
Greg Hill is President and Chief Operating Officer of Hess Corporation, a global independent energy company engaged in the exploration and production of crude oil and natural gas. Hess is a leading shale oil and gas producer, one of the largest producers in the deepwater Gulf of Mexico and a key natural gas producer and supplier to Peninsular Malaysia and Thailand. The company is also engaged in exploration and appraisal activities offshore Guyana, participating in one of the industry’s largest oil discoveries in the past decade, as well as in the Gulf of Mexico and Suriname.

Prior to joining Hess in 2009, Mr. Hill spent 25 years at Shell in a variety of operations, engineering, technical and business leadership roles in Asia Pacific, Europe and the United States. This included serving as Executive Vice President – Exploration and Production of Singapore-based Shell Asia Pacific, Vice President of Production for Shell E&P Europe, and Senior Vice President of Aera Energy, a California-based joint venture affiliate of Shell and Mobil.

Mr. Hill is a member of the Board of Directors of Hess Midstream LP, Harbour Direct Holdings Ltd. and Go Green Investments. He also is chairman of the Upstream Committee of the American Petroleum Institute and a Board member of the American Exploration and Production Council, the Greater Houston Partnership, the Houston Energy Transition Initiative, the Accenture Global Energy Board, The WYldlife Fund (Wyoming Foundation supporting wildlife) and CEOs Against Cancer (Gulf Coast Chapter). He is a general member of the Council on Competitiveness and a national commissioner on the Council’s National Commission on Innovation & Competitiveness Frontiers, chaired the Wyoming Governor’s ENDOW initiative to develop a 20-year economic diversification plan for the state of Wyoming and is a founding member of the Blue Ribbon Panel on Sustaining America’s Diverse Fish and Wildlife Resources created in 2014 by the Association of Fish and Wildlife Agencies. In 2022, Mr. Hill was named Houston’s International Citizen of the Year by the World Affairs Council of Greater Houston.

Mr. Hill holds a bachelor’s degree in Mechanical Engineering from the University of Wyoming.
BACK TO THE BOARD